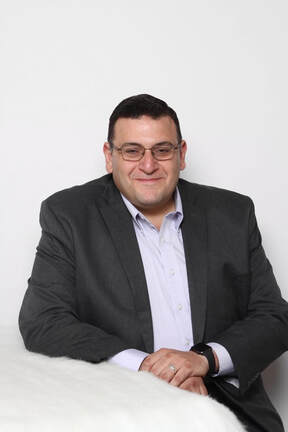 Dr. Aboelmagd Noureldin is a Professor at the Department of Electrical and Computer Engineering, Royal Military College of Canada (RMCC) with Cross-Appointment at both the School of Computing and the Department of Electrical and Computer Engineering, Queen’s University. He is also the founder and the director of the Navigation and Instrumentation (NavINST) research group at RMCC. He has been a leader in the field of inertial navigation, global navigation satellite systems including GPS, wireless location and navigation, intelligent multi-sensor systems with applications related to positioning and navigation of autonomous vehicles and mobile robot systems; machine learning based human activity recognition and positioning; integrated wireless indoor navigation; intelligent transportation, road information services, crowd management, and vehicular internet of things.

Dr. Noureldin holds B.Sc. degree in Electrical Engineering (1993) and M.Sc. degree in Engineering Physics (1997) both from Cairo University, Egypt. In addition, he holds Ph.D. degree in Electrical and Computer Engineering (2002) from The University of Calgary, Alberta, Canada. Dr. Noureldin is a Senior member of IEEE and a professional member of the Institute of Navigation (ION). He published two books, 4 book chapters and over 270 papers in academic journals, conference and workshop proceedings, in which he received several awards. Dr. Noureldin’s research has resulted in active leadership involvement in several projects funded by government and industry, attracting significant research funding and supervising more than 100 highly qualified personnel (HQP) at postdoctoral, graduate and undergraduate levels. Dr. Noureldin’s research work led to 13 patents and several technologies licensed to industry in the area of position, location and navigation systems.

Dr. Noureldin organized and participated in organizing many national and international conferences and chaired many conferences. Dr. Noureldin is currently the associate editor of the Journal of Advanced Transportation (Hindawi) and the associate editor of Sensors (MDPI). He has also served as a guest editor of several special issues in the field of multi-sensor positioning and navigation.
​
Since 2003, Dr. Noureldin led and managed the NavINST Research Laboratory, which is a unique world-class research facility in the area of multi-sensor navigation founded by him with funding from Canada Foundation for Innovation (CFI), Ontario Innovation Trust (OIT) and RMCC. NavINST is presently one of the leading labs in Canada and worldwide in the area of GNSS, inertial navigation, remote sensing and multi-sensor fusion. The NavINST research group established strong collaboration with several faculty members and research groups in Canada and internationally and contributed to the training of several HQP who are presently pursuing their careers in academia and industry.